The joints and bedding planes have expanded to form cracks due to hydraulic action and attrition.

The cracks have expanded further and formed caves due to wave refraction and erosion.

The caves have become hollow and an arch is formed.

Weathering and the arch expanding helps make the roof of the arch become too heavy to support its own weight so it begins to collapse.

The roof of the arch eventually collapses and the remaining part of the cliff becomes a pillar/stack.

The stack will be undercut due to solution and hydraulic power, which will force it to collapse and leave a stump, which will be covered up at high tide.

Impact of tourism on an extreme environment:

1. Moab is in eastern Utah, in the western USA. It’s near to Arches National Park.

2. There is very little water and the ground looks very dry. There are many high hills/mountains. A lot of the land that has grass is used for roads, homes and other buildings. There is a river than runs on the edge of southwestern Moab.

(2) Why is Moab an “extreme environment”?

·        There isn’t much grass, so it shows that the area in generally quite hot with little rain.

(3) What is the attraction of Moab for visitors?

If you don’t follow the route that you have to go through, you can fall into a canyon or lose control of your bike.

It could be quite easy to get lost.

The ground isn’t soft, so if you fall, you will get hurt. Use some forms of protection, e.g. helmets and knee pads.

You will have to have a lot of stamina to be able to complete the trail without having to stop much, and possibly get lost.

(4) Was Dean Potter right to climb Delicate Arch?   No.

I think that the Arches National Park officials are right to ban all climbing activities because the area is really delicate, so climbing could break some of the arches/mountains, etc. Despite the fact that it’s not their place and people can make their own decisions, I think it’s for the best if they stop people from climbing in the area. If the arches are broken because people have been climbing on them, then Moab will eventually lost its natural beauty. If some of the land is destroyed by climbing, then not only will Moab lose its natural beauty, there is a very high chance that the ground can’t be repaired. Also, if some of the rocks are close to falling off the arches, then that poses a potential threat to those very nearby.

In Cairo, Egypt, there wasn’t really a garbage collection system. In Mokattam, also known as the “Garbage City”, the Zaballeen (Coptic Christians, Arabic for “garbage people”) kept the neighbourhoods clean by recycling garbage that they found. This system proved to actually be efficient and quite effective, but an international sanitation firm started to collect the city’s garbage. Some of the 60,000 Zaballeen found lost their livelihood. The documentary film follows three Zaballeen, Osama, Nabil and Adham, who struggled to make a living from recycling garbage.

Personally, I thought that the film was okay. It was quite educational, I learned a bit about the culture and the profession. I could also see that there was some kind of “battle” between the Zaballeen and the international sanitation firm. Despite how boring the film was in some parts, as it is a documentary, the film was relatively enjoyable because I didn’t know what was going to happen and that it was educational.

2.   What do you think is meant by the term “urban redevelopment”? (link)

I think that the term “urban redevelopment” means that the old, derelict land is redeveloped into land that is more modern and that can be used.

3.   Explain the reasons why Exeter City Council decided to redevelop Princesshay. Based on the photographic evidence, do you agree with them? (link)

The shopping mall was being rejected and the concerns of local people forced the Exeter City Council to redevelop Princesshay. The Land Securities turned to different architects to make Princesshay a better place which is more interesting and exciting. I agree with the decision to redevelop Princesshay because it looks more exciting and it makes me (and probably a lot more people) want to go to Princesshay more now, than I would’ve before the redevelopment.

4.   List some of the objections by local people to the Princesshay redevelopment.  (link)

·         People thought that the visual impact of historical buildings, most importantly, the Cathedral would be reduced.

·         There are medieval passageways beneath the High Street, dating from the 14th century; they are easily damaged so they need to be protected.

·         There were concerns from the Archaeologists that there would be a permanent loss of historical artefacts dating back to Saxon times, if there were new buildings in Exeter.

5.   Define the following terms used in the resource:
Mixed land use – using the land for a range of different buildings and facilities.

Revitalize – make something better, new and exciting without destroying the history of the place.

Section 106 agreement – developers having to make goodwill concessions when carrying out a major scheme.

6.   Do you think that Princesshay has revitalized the CBD of Exeter? Explain your answer using evidence from the virtual tour. (link)

7.   Is Princesshay a good example of a sustainable redevelopme
nt? How far does it address the three components of sustainability. (link)

There are many economic disadvantages: some local retailers have complained, Quicksilver moved out, complaining about high rents, a food retailer closed down, blaming the lack of customers, and several retail units on the High Street remain empty. There were a few social and environmental advantages: Land Securities improved facilities for tourists, public art was encouraged – it was really effective, there is a traffic and waste disposal service underground, so it’s not in the way of people in Princesshay, and living in the CBD was greatly encouraged, though I think that the houses would be quite expensive. Despite the many social and environmental advantages, Princesshay didn’t meet the economic needs, so it isn’t really a good example of a sustainable redevelopment.

Why is the pace of urbanisation different in the rich and poor world?

Shanghai is an example of a city that has urbanised a lot. It has a population of over 23 million, in 2009, there were over 13 million. About 7000 of the population of Shanghai are billionaires.

Location of Shanghai Municipality within China.

Tokyo is another example.

Tokyo is the capital of Japan; it is the largest metropolitan area in the world. The city is home to about 13 million people and the population of Greater Tokyo is about 35 million. Its area is 2,187 km&sup2;. 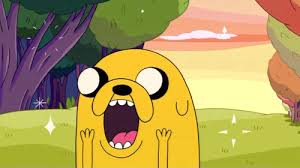